So what’s good about the West? What are we fighting for?

Americans historically have resisted tyranny, in all its forms. The values of Freedom and Equality are not just buzz words, they are foundational principles that Americans have fought and died for.

They also happen to be values that Islam rejects: in Islam, Freedom is subjugated to the will of Allah, personal Freedom is trampled on by Sharia Law.

Equality is for Muslims only. It does not extend to all people. All people are not created equal. Non-Muslims are relegated to sub-standard social status.

Resisting Islam is not about Religious or Ethnic bigotry, it is not about “Hate”. It is about seeing and objecting to a very real and present danger to the values that many Americans risked and gave their lives for.

OK. You let’s say you do believe in an Open Society. Sounds like a good and worthy thing. But let me ask you this:

Do you lock your doors at night? Do you take the keys out of the ignition and lock your car when you leave it?

Of course you do. Why?

Because even though you value Freedom and Equality, you know that there are people in this world who have no qualms about simply taking what they want, because for whatever reason they do not respect you, your rights, your property, and they feel entitled to whatever they can take.

You recognize that threat to your family and property and you take steps to protect yourself, to minimize the threat and make it harder for someone to take what you value.

That is the warning that we are trying to sound: See the threat – Islam wants what you have – Islam is deeply convinced that it’s followers are  entitled to what you have, based on their holy book and the words of their prophet and their god.

A thief steals because he is hungry or needs a fix or is simply greedy. Islam on the other hand wants to take from you because it is convinced, with zealous religious devotion, that you do not deserve it, and the followers of Islam are the rightful owners of everything on this planet, they believe that it is the followers of Islam who should be in control.

We are proposing resistance against this clearly-stated religious and ideological tyranny (read the Koran!). We are not advocating hate, we are not condoning stupid, mean acts against foreigners in our land.

Let us, as Americans, be shining examples of what it means to be civilized, rational, tolerant humans: no more rocks through windows or rudeness to people who come from other cultures – but let us be friendly without being foolish – don’t believe the clever lies and smiling faces of the hucksters trying to sell you on Islam.

Be friendly but firm. Let us have a smile on our face but steel in our spines. Let us keep clearly in our minds the conviction that while we show tolerance, that tolerance is not unconditional – it is based on mutual respect, and when faced with those who teach and promote blatant intolerance, we will resist.

If you want to talk to us about Islam, we’ll listen to your words, but know this: we are watching your actions. Americans value Freedom and Equality, but we also value Truth – and see precious little of it these days. If your actions show that your words are untrue, we will not go on blindly believing your lies.

We can see the hate on your faces as you shout on our sidewalks, so don’t insult us by telling us you are all about love.

This is why we don’t buy the syrupy lies the media is spewing about Islam being a “Religion of Peace”.

We’re not buying it, and we don’t want any more of it in our country, and we make no apologies for rejecting your “religion”. If you change your actions, show by what you do that you have moved out of the medieval, bloody, vengeful, violent tribal  heritage that Islam carries with it, then perhaps you will be welcome in society.

So drop the phony act about being hurt that we would object to you building another mosque in any of our towns, anywhere. We don’t want what you have to sell, and we don’t want your toxic poison in our neighborhoods.

As long as you teach intolerance, teach your children to look down upon, even kill, Jews and Christians and anyone else who is not a Muslim, we have no obligation and no interest in allowing you to be a part of our society.

We are not oppressing you, we are not interested in squelching your religion – we just don’t want it here. Go back, live out your Islamic faith in whatever country your people came from. Live the way you want, we won’t get in your way – but we don’t want it here. 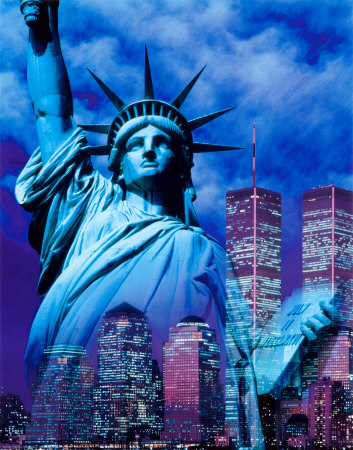 America is still America: go ahead, send us your tired, your poor, your huddled masses yearning to breathe free (from the oppressive tyranny of Islam).

America still will accept the wretched refuse of your teeming shore (those who have been subjugated and tortured by Islam – but it will be on our terms, according to our laws).

Go ahead, send your homeless, (who’s houses have been burned to the ground by followers of Islam) send us your tempest-tossed (by the storm of jihadist Islam).

Lady Liberty still lifts her lamp beside the golden door – but do not dare to show her disrespect, and do not think that you can take advantage of her, she is not like your women, submissive to your beatings and bullying – and also remember that, while the opportunity is still there even to this day, it is not unconditional. You must come through that golden door on her terms, not on your terms.

Oh, and if it offends you that we have a Statue of Liberty, if offends your Islamic prohibitions against “idols” – tough. She still stands.

You are a guest here. Live by our rules or go home – and don’t waste our time or insult us by whining about how badly mistreated and misunderstood you are.