RAMALLAH, West Bankâ€”Hamas militants claimed responsibility for the killing of four Jewish settlers in the West Bank Tuesday, an attack that seemed aimed at torpedoing a new round of peace talks in Washington this week between Israel and the Palestinians.

In the deadliest Palestinian attack against Israelis in nearly two-and-a-half years, gunmen killed the settlers in their car as they stopped at an intersection Tuesday evening outside a Jewish settlement near the West Bank town of Hebron. 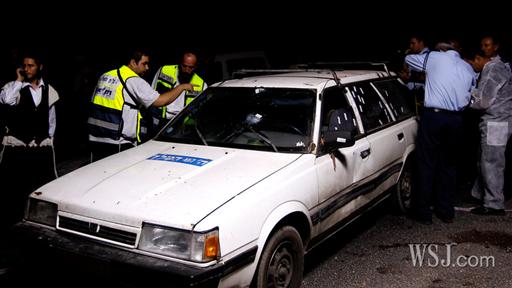