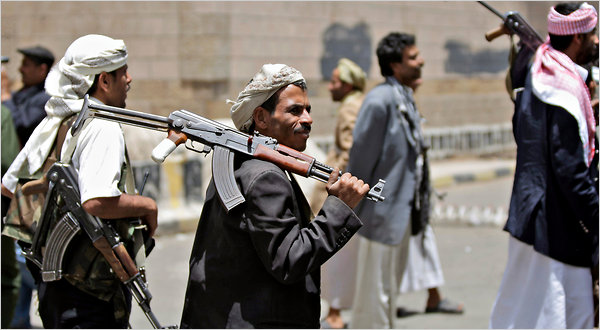 SANA, Yemen â€” As Islamist militants were consolidating control over a second city in southern Yemen, seizing banks, government offices and the security headquarters, news agencies reported on Monday that the Yemeni air force was responding with bombing runs.

The fall of Zinjibar to self-styled holy warriors who claimed to have â€œliberatedâ€ it from â€œthe agents of the Americansâ€ fed into Western fears that militants sympathetic to Al Qaeda could exploit the breakdown of authority to take control of territory.