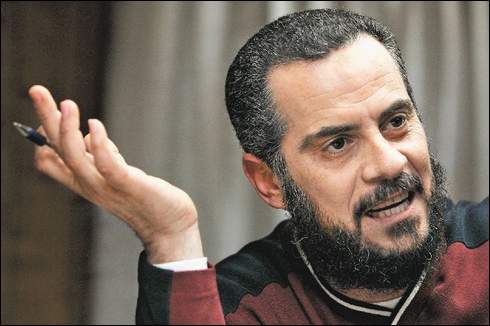 “A prominent Islamic scholar who has battled accusations of extremist beliefs has been arrested along with his wife on federal charges that they married other people to get U.S. citizenship.

Ibrahim Abdelrahman Dremali and Safaa Rashad Eissa were arrested by immigration agents, Arlington police and the FBI on Oct. 6 on a warrant out of Des Moines, Iowa.

They are scheduled to enter pleas Nov. 12 in Iowa on charges of conspiracy to defraud the United States, which can carry a five-year sentence, and procurement of citizenship or naturalization unlawfully, which can result in 10 to 25 years in prison.

In 2002, Adham Hassoun, a Palestinian activist and computer programmer in Florida, was detained on immigration charges. Dremali was one of four people called to speak about Hassoun’s “peaceful and generous character” at a hearing, a court record shows.

Hassoun attended the same Fort Lauderdale mosque as Jose Padilla and was thought to have helped convert him to Islam. Padilla was later accused of planning a dirty bomb attack in the U.S., but authorities ultimately convicted him, and Hassoun, of coordinating aid to al-Qaeda.

â€œâ€¦ more than $16,000 donation [was given] by Dremali’s Islamic Center of Boca Raton to the Global Relief Foundation, one of several Muslim charities shut down by the Bush administration for funding international terrorism.â€