The Misery of being a Woman in Afghanistan 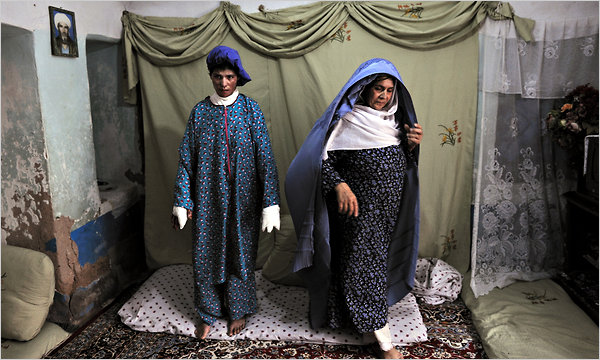 Lynsey Addario for The New York Times Farzana, left, at the Herat burn hospital with her mother. She set herself on fire when her father-in-law belittled her.

â€œIf you run away from home, you may be raped or put in jail and then sent home and then what will happen to you?â€ asked Rachel Reid, a researcher for Human Rights Watch who tracks violence against women.

Returned runaways are often shot or stabbed in honor killings because the families fear they have spent time unchaperoned with a man. Women and girls are still stoned to death. Those who burn themselves but survive are often relegated to grinding Cinderella existences while their husbands marry other, untainted women.