American-born cleric in video message: â€œDonâ€™t consult with anybody in killing the Americans.” 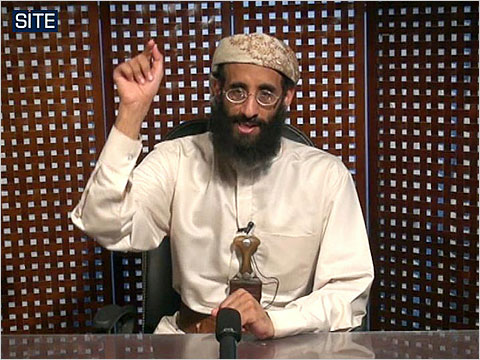 “Updated | 1:57 p.m. In a new video message posted on a jihadist Web forum on Monday, Anwar al-Awlaki, an American-born cleric based in Yemen whose most inflammatory sermons were withdrawn from YouTube last week, said that the killing of Americans by Muslims requires no special sanction.

According to The Associated Press, Mr. Awlaki told jihadists in his latest, Arabic-language video: â€œDonâ€™t consult with anybody in killing the Americans, fighting the devil doesnâ€™t require consultation or prayers seeking divine guidance. They are the party of the devils.â€