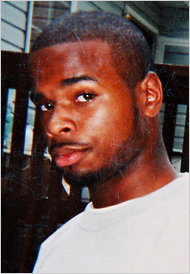 “WASHINGTON â€” A New Jersey man accused of joining Al Qaeda in Yemen spoke openly of militant views while working at American nuclear plants, according to a report by the inspector general of the Nuclear Regulatory Commission that proposes tightening personnel security rules.

The man, Sharif Mobley, who is charged by Yemeni authorities with murdering a hospital guard during an escape attempt in March, said he told others in his labor union: â€œWe are brothers in the union, but if a holy war comes, look out,â€ said the report from the inspector general, Hubert T. Bell.

Fellow nuclear plant workers said Mr. Mobley had referred to non-Muslims as â€œinfidelsâ€ and had visited â€œunusualâ€ Web sites on his personal computer, including one showing a mushroom cloud, the report said.”